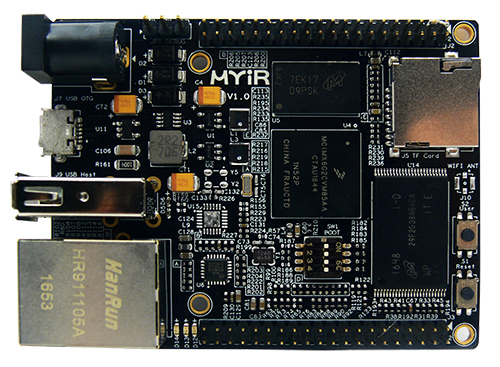 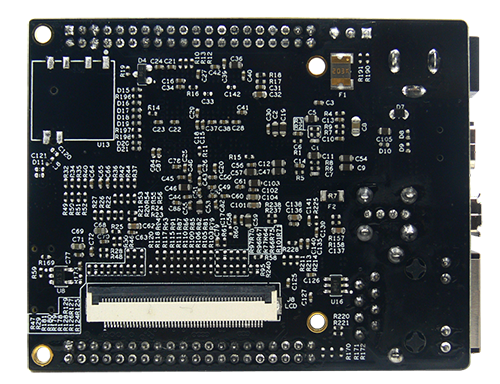 Measuring only 70mm by 55mm, the MYS-6ULX is a high-performance low-cost Single Board Computer specially designed for Industry 4.0 (Industrie 4.0) and Internet of Things (IoT) applications. It is based on NXP’s i.MX 6UltraLite / 6ULL processor family which features an efficient ARM Cortex-A7 core and can operate at 528 MHz.

It has two 2.0mm pitch 2x20-pin headers on board to allow extension of the controller signals and ports to the base board through headers and connectors, thus exposing more features of the i.MX 6UL / 6ULL ARM Cortex-A7 Processors, so it can also be used as a System-on-Module (SoM) for your next embedded design.

The MYS-6ULX-IOT has additionally a USB based WiFi module with antenna on the board. The MYS-6ULX-IND can support -40 to +85 Celsius extended temperature operation, which makes the board more suitable for industrial control and communication applications. MYIR has ported Linux 4.1.15 for the board with Debian distribution as well as Yocto project with ported QT. MYIR has also provided an interesting demo to enable customers to experience Amazon Alexa Voice Service.